Here’s an important call to action. From Handmade Detroiter Amy, via the Handmade Toy Alliance: 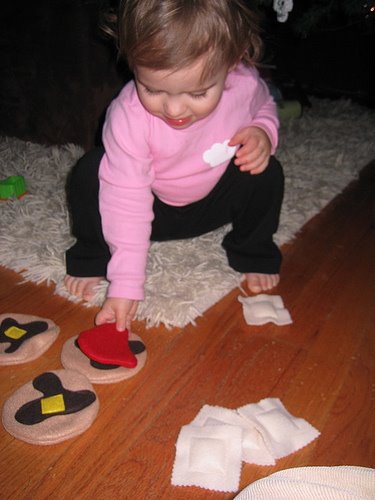 In 2007, large toy manufacturers who outsource their production to China and other developing countries violated the public’s trust. They were selling toys with dangerously high lead content, toys with unsafe small part, toys with improperly secured and easily swallowed small magnets, and toys made from chemicals that made kids sick. Almost every problem toy in 2007 was made in China.

The United States Congress rightly recognized that the Consumer Products Safety Commission (CPSC) lacked the authority and staffing to prevent dangerous toys from being imported into the US. So, they passed the Consumer Product Safety Improvement Act (CPSIA) in August, 2008. Among other things, the CPSIA bans lead and phthalates in toys, mandates third-party testing and certification for all toys and requires toy makers to permanently label each toy with a date and batch number.

All of these changes will be fairly easy for large, multinational toy manufacturers to comply with. Large manufacturers who make thousands of units of each toy have very little incremental cost to pay for testing and update their molds to include batch labels.

For small American, Canadian, and European toymakers, however, the costs of mandatroy testing will likely drive them out of business.

The CPSIA simply forgot to exclude the class of toys that have earned and kept the public’s trust: Toys made in the US, Canada, and Europe. The result, unless the law is modified, is that handmade toys will no longer be legal in the US.

If this law had been applied to the food industry, every farmers market in the country would be forced to close while Kraft and Dole prospered.

How You can Help:

More information can be found at: